On April 27th, the consortium of QualDeEPC had its fourth online partner meeting. The morning and afternoon sessions were led by project coordinator Wuppertal Institute. The main purpose of the meeting was to update all partners on the progress of work in the running and newly commenced work packages, to discuss and resolve issues and set a clear path for the future targets of the project.

In both sessions, QualDeEPC work package and subtask leaders gave an update on the current proceedings and an overview of the work done in the first half of the project. This was taken up in the WP1 Coordination and Management discussion where the first periodic report of QualDeEPC was the core topic. WP6 Dissemination and Communication then presented the interim report on the consortium activities which showed that, within the first 18 months of QualDeEPC 204,952 stakeholders were reached via 352 single dissemination activities. Within the next few months, especially after the next two rounds of national workshops, planned joint EU events, EPC-Next-Gen-Cluster activities, and a series of QualDeEPC public deliverable publications, the number of stakeholders reached is expected to increase even more. Within WP4 Pilot cases and testing the field testing and demonstration of improved EPC assessment and certification of about 100 testing cases within the EU will be completed by the end of May. This will  be followed up by extensive transnational comparison of pilot cases and the summary of testing results and recommendations from roundtable discussions by the end of June.

Following this line WP3 Development of enhanced EPC schemes was discussed in-depth. The discussion mainly focused on open questions regarding the policy proposals and tool concepts for the White Paper on good practice in EPC assessment, certification, and use.  The White Paper will be a revision of the Green Paper with modified chapters based on the inputs from all national and EU workshops (D3.4 Report on feedback from workshops), roundtable discussions and the testing in WP4. After lunch break, the consortium continued with the WP5 Roadmap to convergence and action towards deep renovation which has recently started. The focus lies on the preparation of the national adaptations of the Deep Renovation Networks Platforms. They will be derived from a master tool regarding each country’s needs and implementation of consensus elements. The national dialogues and roadmap to convergence in form of the third round of national workshops will then be held by the end of the year. For the WP7 Sustainability strategy and policy dialogue it was agreed to have a follow up meeting between the WP leader and all task leaders to discuss the tasks more concretely and develop the management plan for the work package.

Although QualDeEPC’s exchange continues to be online only, the partners actively engage in discussions forwarding the project’s results and objectives for the second half of the project’s duration. 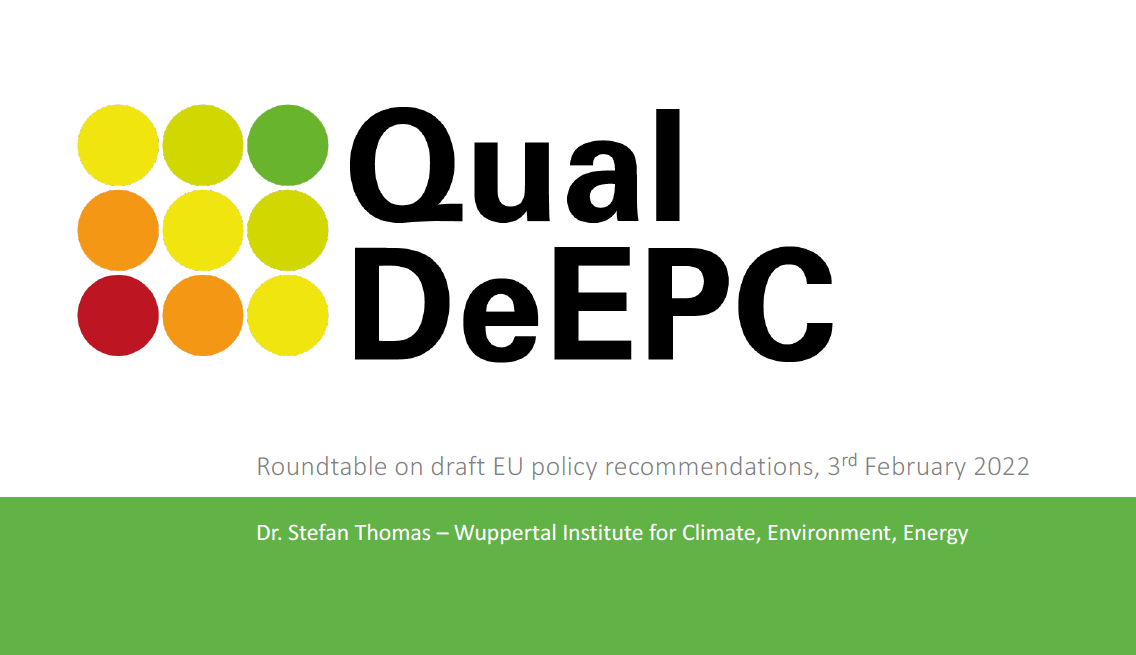 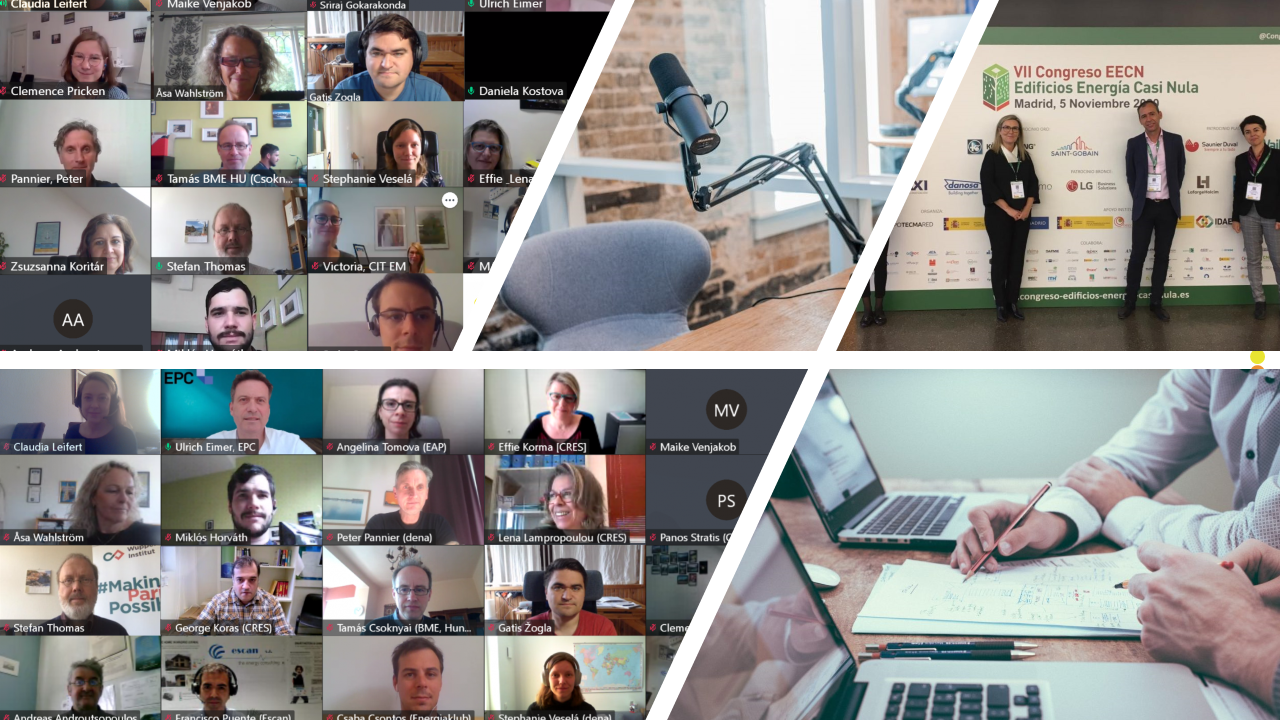